The Boy Scout of America Greater New York Councils (GNYC), The Foundation for Religious Literacy, and 1791 Delegates have partnered to develop the nation’s first Cub Scouts Coexist program for scouts ages 8–10. The GNYC provides programs and services for some 45,000 boys and girls in New York City. 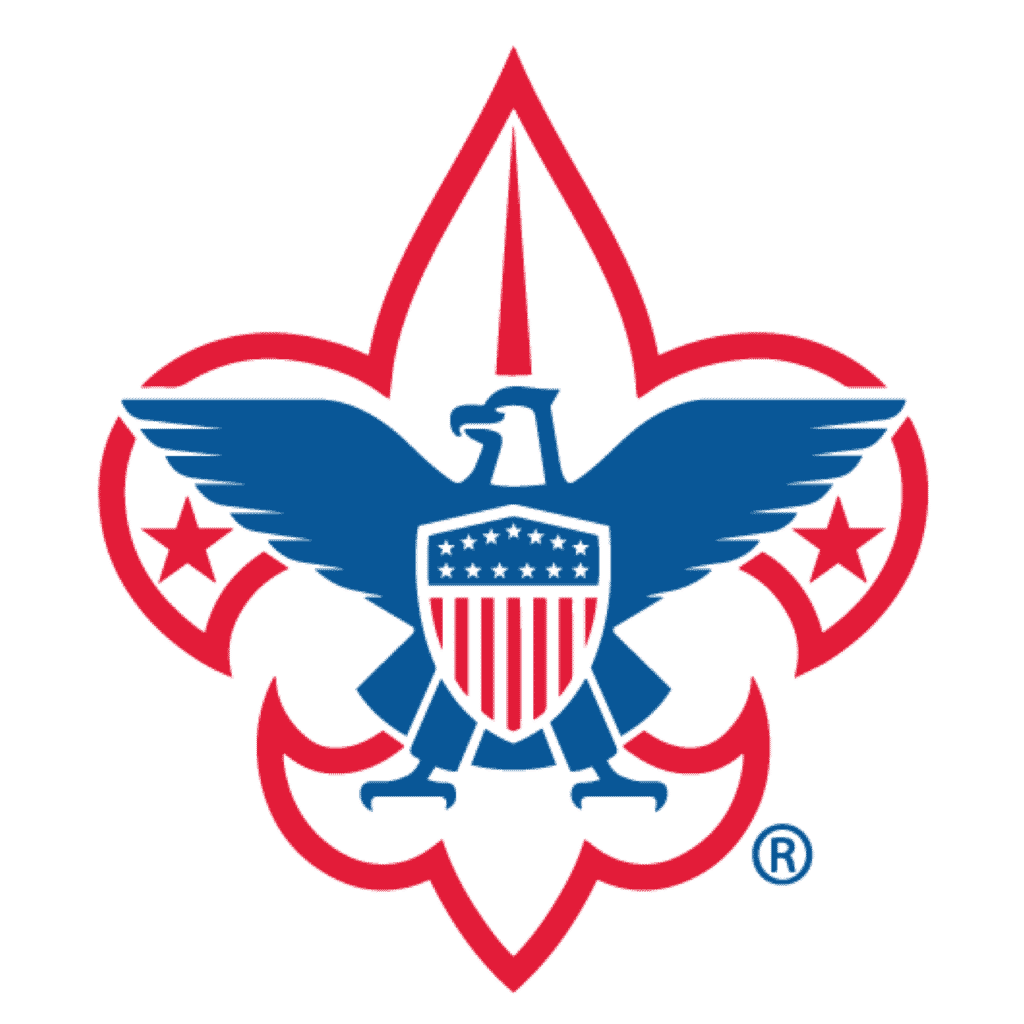 Often students in public and private schools receive little or no civic education about religion; teachers are ill-equipped to promote the academic study of religion; and school districts have few constitutionally friendly resources about religion to use in the classroom. Consequently, generations of citizens have misperceptions and stereotypes about religion and non-religion which breeds social hostility as well as bullying and violence.

Unfortunately, postsecondary schools provide civic leaders, educators, and school administrators with little or no training about the legal framework that guarantees religious freedom as a fundamental constitutional and human right. As a result, many educators in private and public settings—and in turn their students—are confused about the promises and legal parameters governing religion in public schools and in the public square.

Muslim families are experiencing disproportionally high hostilities in public schools. In 2017, the Institute for Social Policy and Understanding reported that “more than two in five (42%) Muslims with children in K-12 school report bullying of their children because of their faith… A teacher or other school official is reported to have been [the aggressor] in one in four bullying incidents involving Muslims.”

To address the widespread problem of illiteracy about religion and the law, The Foundation for Religious Literacy and 1791 Delegates is delighted to partner with BSA-GNYC in creating the first Cub Scouts Coexist program.

This civics-education program will be designed and advised by religious literacy specialists from The Foundation for Religious Literacy. They will design curricula and training programs that will empower the leaders of BSA-GNYC to teach age-appropriate religious-literacy programs for Cub Scouts ages 5–10. In doing so, they will cultivate the civic competencies of religious literacy and religious liberty.

The Cub Scouts Coexist program is intentionally designed to teach leadership skills, preparing scouts to be leaders in diverse schools and work environments; to focus on character building by teaching tolerance and mutual understanding, aware that understanding need not imply agreement; to build confidence by equipping scouts to know how to deescalate religious-based conflicts and to help curtail religious-based bullying; to develop social skills by learning to relate with people a wide variety of religious and non-religious identities; and to empower scouts to serve others in the spirit of citizenship by recognizing our shared rights, and to take shared responsibility to protect those rights for people other than themselves.

The Cub Scouts Coexist curriculum will invite leaders to engage students and families in a conversation about the civic competency of religious literacy. The program will also expose teachers to national educational standards for the academic study of religion. To achieve these goals in a constitutionally-sound way, we will apply the following four civic approaches.

Apply the 3Rs of Religious Liberty

We will draw from a consensus statement endorsed by twenty-one national education, civil liberties and religious groups disseminated by the U.S. Department of Education in 2000 to every public school in the country. We have amended this consensus statement by replacing the term “the school” with “Cub Scouts,” as follows:

▸ The Cub Scout's approach to religion is academic, not devotional;

▸ The Cub Scouts strive for student awareness of religions, but does not press for student acceptance of any religion;

▸ The Cub Scouts sponsor the study about religion, not the practice of religion;

▸ The Cub Scouts may expose students to a diversity of religious views, but may not impose any particular view;

▸ The Cub Scouts educates about all religions, it does not promote or denigrate any religion;

▸ The Cub Scouts informs the students about religious beliefs, it does not seek to conform students to any particular belief.

We will also emphasize “The 3Rs of Religious Liberty” as articulated in the Williamsburg Charter, which was signed by 100 national leaders on June 22, 1988, in commemoration of the 200th anniversary of Virginia’s call for a Bill of Rights. The 3Rs illustrate that everyone has rights and that everyone has the responsibility to respectfully protect the rights of others.

▸ Rights: Religious freedom, liberty of conscience, is a precious, fundamental, and inalienable right for people of all religions and none.

▸ Responsibility: Central to the notion of the common good, and of greater importance each day because of the increase of pluralism, is the recognition that religious freedom is a universal right joined to a universal duty to respect that right for others. Rights are best guarded and responsibilities best exercised when each person and group guards for all others those rights they wish guarded for themselves.

▸ Respect: Conflict and debate are vital to democracy. Yet if controversies about religion and public life are to reflect the highest wisdom of the First Amendment and advance the best interests of the disputants and the nation, then how we debate, and not only what we debate, is critical.

▸​​ First, there is a difference between the devotional study of religion to encourage religious commitment and the nonsectarian study that seeks to understand religion without promoting or discouraging adherence to it. This premise affirms the credibility of particular religious assertions without equating them with absolute truths about the traditions themselves.

▸​​ Second, religions are internally diverse and not uniform as is commonly represented. Scholars recognize that religious communities are living entities that function in different social/political contexts.

▸​​ Third, religions evolve and change through time and are not static or fixed. Religious expressions and beliefs must be studied in social and historical context as they are constantly interpreted and reinterpreted by adherents.

▸​​ ​Fourth, religious influences are embedded in cultures and not separable from other forms of human expression.

The Cub Scouts Coexist program recognizes that individuals and communities construct their religious identities in complex ways. Special advisor to the Foundation, Benjamin P. Marcus, notes that studying “religious identity development” requires recognition of the historical, political, geographic, and economic factors that shape the beliefs people hold, the behaviors they exhibit, and their membership within multiple intersecting communities.

Put simply, beliefs, behaviors, and the experiences of belonging to communities—including but not restricted to only religious communities—shape and are shaped by one another.

▸ Beliefs and values include theological, doctrinal, scriptural, and ethical evaluative claims about daily life as much as those about a transcendent reality or experiences of the divine.

▸ Behaviors include practices associated with rites, rituals, and life both inside and outside of strictly religious settings.

▸ Experiences of belonging include membership in religious communities and other social communities with intersecting racial, national, ethnic, familial, gender, class, and other identities.

First, we will draw upon national consensus statements to promote the academic study about religion, not the practice of religion.

Third, we will apply academic methodologies to the study of religion—teaching Cub Scouts that religions are internally diverse, they change over time, and are embedded in all aspects of culture.

And finally, the curriculum will apply age-appropriate ways to study the complex ways people for religious identities, with different emphasis on beliefs, behaviors, and experiences of belonging.

“The Greater New York Councils commends the national organization of the Boy Scouts of America on its decision to accept members based on gender identity (National BSA Statement).  GNYC has a long-standing policy of non-discrimination.  We are pleased to affirm that if a child identifies as a boy, that child is welcome in the Boy Scouts. GNYC provides programs and services for some 45,000 boys and girls in New York City. The mission of our organization is to help all children in the city’s five boroughs in an environment free of prejudice, intolerance or discrimination.” ~ January 31, 2017

On July 27, 2015, the National Boy Scouts of America Executive Board affirmed a resolution unanimously adopted by the Boy Scouts of America Executive Committee that removes the national restriction on openly gay leaders and employees. This change allows Scouting’s members and parents to select local units that best meet the needs of their families. The board and staff of the New York City Boy Scouts are pleased that openly gay youth and adults can participate in Scouting’s meaningful leadership development programs across the country as well as in New York City, a policy that is now aligned with our longstanding inclusive standards. By focusing on the goals that unite us, we are able to accomplish incredible things for young people and the communities we serve.